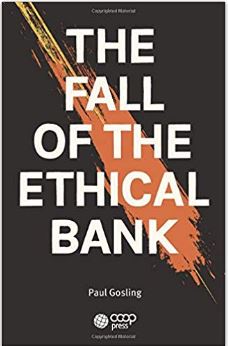 The fall of the ethical bank is a Greek tragedy. The Co-operative Bank tale is all about a large group of decision-makers who believed their own hype—and got it spectacularly wrong.Journalist Paul Gosling looks at the contribution those various decision-makers had in the near-collapse of the co-operatively-owned bank and looks at where it went wrong.The answer is not straightforward, but this book looks at where the weaknesses originated, such as an inconsistent business strategy and being just too nice to challenge crucial decisions.