Paul Gosling is a writer and public speaker, specialising in the economy, accountancy, co-operatives and government and the public sector.

A freelance journalist for more than 30 years, Paul has written for most quality UK and Irish national newspapers. He contributed the weekly Questions of Cash column for The Independent’s personal finance section for more than a decade and was published in The Independent titles for virtually every week for 26 years. Paul’s work has also appeared in the Financial Times, The Times, the Irish Times, the Sunday Times, the Mail on Sunday, the Express, the Daily Telegraph, Ireland’s Sunday Business Post, the Irish Independent and in more than a hundred magazines.

He was the appointed ‘Brexit expert’ for the Holywell Trust, producing podcasts and blogs on the impact of Brexit on the North West of Ireland, as well as writing a monthly analysis article for The Detail website.  Paul has also been engaged by the Holywell Trust, with funding from the Community Relations Council, to conduct interviews with leading opinion formers in Northern Ireland to discuss how progress can be made to unlock political and social progress.  Those interviews are available in podcast form, with summary articles, on the websites of the Holywell Trust and Slugger O’Toole.

Paul’s books include Abuse of Trust, written jointly with BBC Parliamentary reporter Mark D’Arcy, which describes the notorious case of child abuser Frank Beck.  The book was recently republished by Canbury Press, including a new chapter on the related allegations against Greville Janner.  A ‘biblet’ of Abuse of Trust enables readers to dip into the book to decide whether to buy it. http://b2l.bz/7hh5cz

Paul has written several other books and booklets on various subjects, including the use of information technologies and public policy development.  His book The Fall of the Ethical Bank explains the background to the crisis at The Co-operative Bank. It is published by Co-operative Press and can be bought here.  In his most recent book, A New Ireland, Paul considers the prospects for Irish reunification and the economic case for it. A New Ireland is about to be re-issued as an updated second edition.

A frequent commentator on the economy and politics for BBC Radio Ulster and Radio Foyle, Paul has also appeared on BBC1, BBC2, Radio 4, Radio 5, UTV, RTE, in several television documentaries and on Chinese German and Bulgarian radio.

Paul was active in politics in the 1980s and 1990s, serving as a Labour and Co-operative councillor in Leicester from 1987 to 1991.  He maintains a close interest in UK, Northern Ireland and international politics. He was policy and research officer for Sinead McLaughlin MLA from 2020 until May 2022 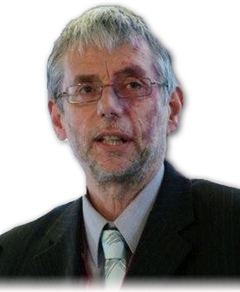 A brutal put-down of Invest NI

Sir Michael Lyons’ review of Invest NI is both brutal and excellent. This is an organisation, his report suggests, that has weak ...
Read More →

It is often referred to as the ‘productivity puzzle’, yet there are some obvious reasons why NI underperforms against competitors when it ...
Read More →

Austerity in 2010 was a cause of subsequent weak economic output, according to some leading economists. “The UK’s underperformance arguably owes rather ...
Read More →